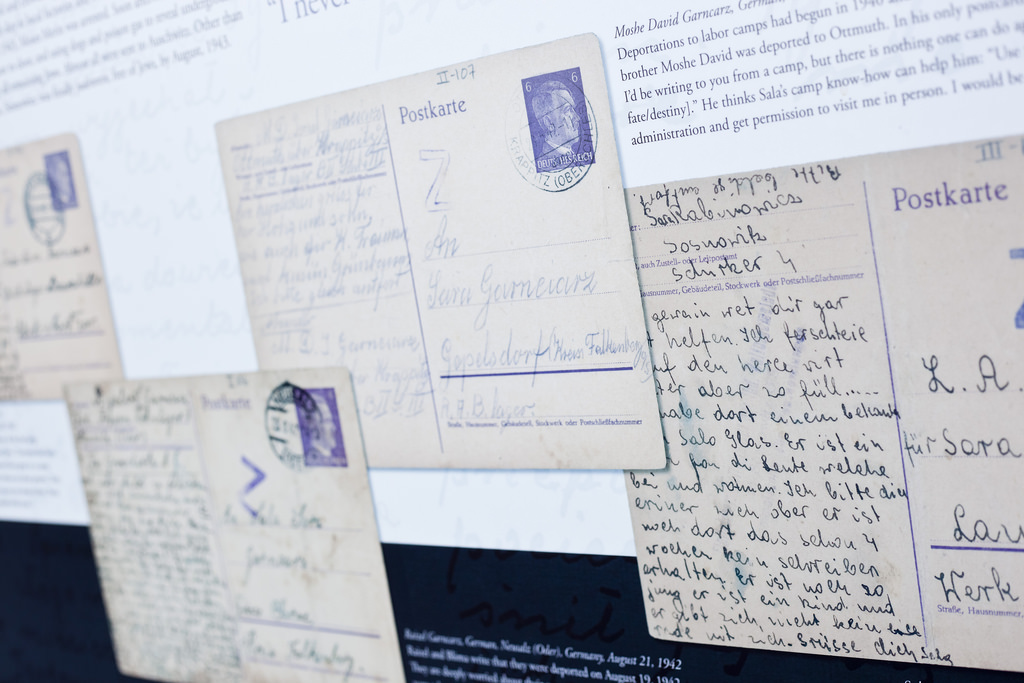 While it’s unfortunate that our community couldn’t come together for Holocaust and Genocide Awareness Week this year, I want to draw attention to how much phenomenal learning material exists online, in Northeastern’s very own Holocaust Awareness archive.

As an undergraduate student in the Jewish Studies program, I chose to work on improving the archive for my Jewish Studies capstone project. My project centered on improving the accessibility of the archive, specifically the talks given by Holocaust survivors as a part of the Philip N. Backstrom Holocaust Survivor Lecture Series. With the great help of digital media commons librarian Debra Mandel, and metadata librarians Drew Facklam and Ella Lesatele, I have been adding transcripts, abstracts, and metadata for the Holocaust survivor videos to the library’s system. The transcripts make the talks readable for anyone, while the abstracts give an overview of the survivor talk contained in each video. The metadata, which are words (such as places or historical subjects) linked to the videos, make the videos searchable by place or subject. I hope that these additions, which are currently in-process for the 90 survivor talks contained in the archive, will allow students, faculty, and anyone else interested in learning more about the Holocaust to find engaging videos suited to their specific interest.

I also want to share some of what I’ve learned from my work with the archive. For me, finding out that the Northeastern University community had been engaging in Holocaust commemoration since 1977 was amazing. In addition to the videos, the archive also contains old posters and event programs, which made for fascinating comparisons between how we commemorate the Holocaust in 2020 and how it was commemorated forty years ago. One flyer I found from 1981 contained an event (Survivors Speak!) where Holocaust survivors spoke with students in various dorms on campus, as opposed to one speaker in a classroom or auditorium.

This kind of event reflects how young many Holocaust survivors were in 1981, and how such an event was possible because there were so many survivors living in the Boston area. The youth of survivors also struck me when I was watching the videos from the 1990s – many of the survivors who were children during the war are my parents’ age in those videos, much younger than the image many young people, including myself, have in our heads of the elderly Holocaust survivor. Many survivors also mention the problem of contemporary genocides in their talks and the context of some of the talks from the 1990s are the genocides in Rwanda and Bosnia. Hearing Holocaust survivors speak about how they saw other genocides happen in their own lifetimes was harrowing.

I want to recommend a few excellent survivor talks in the archive for those interested in learning more. Two women, Frieda Grayzel and Rena Chernoff, were cousins from Tomaszow-Mazowiecki, Poland, and were both young girls when the war began. After the Nazis invaded Poland, they were forced to live in the ghetto in their town and were later deported to the Blizyn concentration camp to do forced labor. Each survived through the daring actions of their parents; after Blizyn they were imprisoned in Auschwitz-Birkenau and survived by pretending to be twins, living in a barracks with twins who underwent medical experiments (they did not undergo any experiments themselves). Both Frieda and Rena spoke multiple times at Northeastern and you can listen to them below.

One more survivor whose testimony is in our archive that I want to draw attention to is my dear friend, Rena Finder. Rena, who I grew up going to shul with in Framingham, Massachusetts, is the youngest living survivor from Schindler’s list. Rena, who was born in Krakow, Poland was ten years old when the war began. She was imprisoned in the Plaszow concentration camp and was later saved by Oscar Schindler along with her mother. When I visited Krakow in 2018 as part of a Northeastern Dialogue of Civilizations program, I took my Northeastern classmates to visit Rena’s childhood apartment and told them her story. Here is a photo of us at her apartment, and a video of one of her talks in the archive:

In addition to the survivor talks contained in the archive, there are also videos of each year’s Robert Salomon Morton Lecture, a distinguished speaker series. The collection of Morton Lectures from years past includes fascinating and diverse luminaries such as historian Deborah Lipstadt, author Michael Chabon, and international human rights lawyer Philippe Sands. This lecture series is a treasure trove that I hope you will all check out.

Many thanks to Professor Simon Rabinovitch and the entire Holocaust and Genocide Awareness Week Committee, and to my capstone adviser Professor Lori Lefkovitz for their support of this project!

Jessie Sigler is a fifth year undergraduate student in Computer Engineering with minors in History and Jewish Studies, and a member of the 2020 Holocaust and Genocide Awareness Committee. She was Northeastern’s 2019 Ruderman Scholar in Jewish Studies.

View all posts by Jessie Sigler

1 thought on “Delving into the Holocaust Awareness Committee Archives”